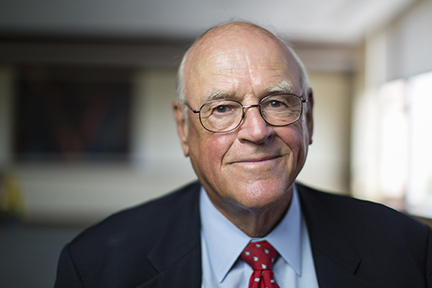 As a young man, John Mabie, decided that he should “give back” through some type of charity work. At that time, he was working for his father, William Mabie. William Mabie had recently received a letter that he forwarded to John. It was the Brain Research Foundation’s annual appeal letter, the Fay/Frank Year-End Letter.

The letter told of the family’s similar tragedies – daughters that were afflicted with epilepsy. The letter was very personal and had such great impact on John that he asked his father to contact Bill Fay on his behalf.

John met with Bill Fay to express his willingness to help but explained his lack of financial capability. John joined the BRF Board in 1960 and has been active ever since, donating time and financial support.

In the 60s, the BRF adopted the phrase, “No family left untouched.” Now this phrase is so appropriate, with studies showing that approximately 1 out of 5 Americans suffer from a neurological disorder. When John became involved with the BRF his family was “untouched,” but in July 1984, his involvement took a personal turn. His father died of Parkinson’s disease at the age of 82.