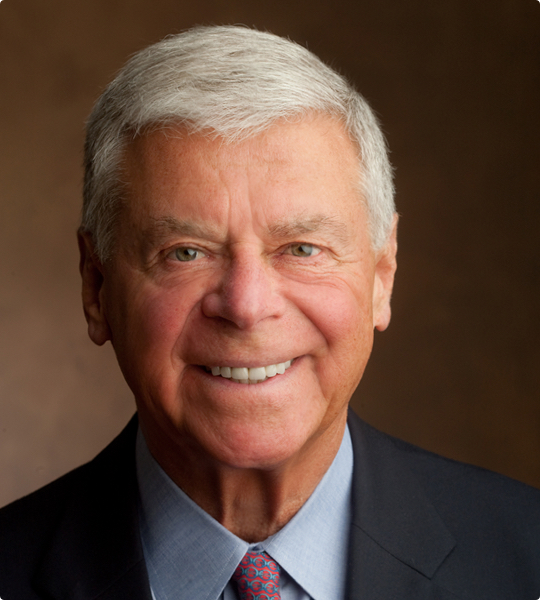 Marshall Front is Chairman and the Chief Investment Officer of Front Barnett Associates LLC, a Chicago-Based investment counseling firm he co-founded in 1994 after serving for nearly thirty years at Stein Roe & Farnham Inc. as an adviser to high net worth individuals and institutions. At Stein Roe, Mr. Front was also President of the firm’s Family of no-load mutual funds as well as President of its Investment Counseling Division and a director of the Stein Roe & Farnham Foundation.

Mr. Front serves as a member of the Board of Trustees of several Chicago area institutions including The Field Museum, The Latin School where he was Board President from 1992-1998, WTTW/WFMW and The Museum of Contemporary Art. He also advises Columbia College Chicago and the Renaissance Society at the University of Chicago on the investment of their Endowments. Previously, Mr. Front was a member of the Board of Visitors of Columbia College (New York) President of the No-Load Mutual Fund Association, a Trustee of Illinois Institute of Technology and General Chairman of the Columbia College Fund.

Marshall Front received an AB degree in history from Columbia College in 1958 and an MBA from the Columbia Graduate School of Business in 1961. He is the recipient of an honorary PhD from St. Xavier University (Chicago) for Distinguished Public Service and was awarded the John Jay Award for professional accomplishment and The Alumni Gold Medal from Columbia University.