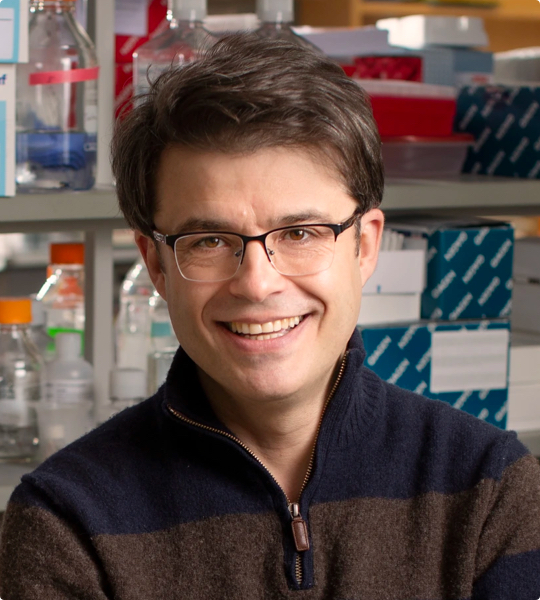 Nenad Sestan is a Professor of Neurobiology at the Yale School of Medicine and a member of the Kavli Institute for Neuroscience. He obtained his M.D. from the University of Zagreb and his Ph.D. in neurobiology from Yale University. Nenad Sestan’s research has been concerned with molecular mechanisms involved in the formation of neural circuits in the cerebral cortex, a part of the brain that is critical for cognition, perception and behavior.

His laboratory has also studied how these developmental mechanisms have evolved and become compromised in human disorders. He is the recipient of several international awards and honors, including the Krieg Cortical Discoverer Award, NARSAD Distinguished Investigator Award, and McDonnell Scholar Award, as well as Research Awards from the Simons Foundation, the March of Dimes Foundation, the Whitehall Foundation, the Brain and Behavior Research Foundation, and the Tourette Syndrome Association. He has also served as a key Principal Investigator for the BrainSpan and PsychENCODE consortia