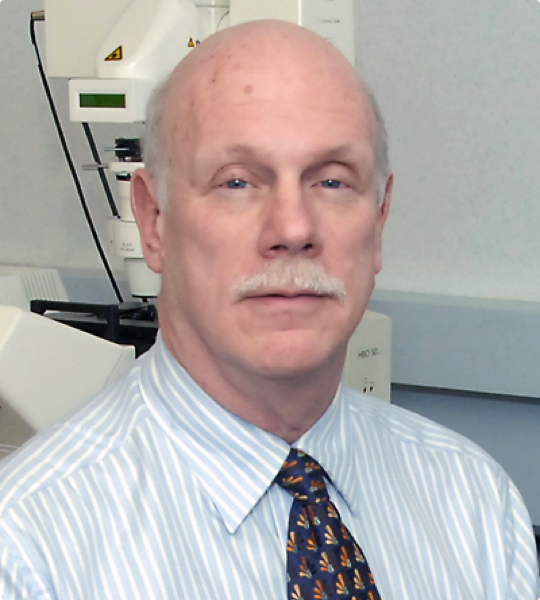 Scott Brady was born in San Antonio, TX and lived in various cities from Heidelberg to Honolulu as he was growing up. He attended MIT as an undergraduate, receiving bachelor’s degrees in both Physics and Biology. He received his PhD in 1978 from the University of Southern California in Cell and Molecular Biology for work on the role of the cytoskeleton in axonal transport. From there, he joined the laboratory of Raymond Lasek at Case Western Reserve University in Cleveland, OH to continue his studies on both fast and slow axonal transport. In 1985, he became an assistant professor at the University of Texas Southwestern Medical Center in Dallas, TX where he remained until 2001.

At that time, he became Professor and Head of Anatomy and Cell Biology at the University of Illinois at Chicago College of Medicine. During his time at CWRU, he began the practice of spending several months each summer doing research at the Marine Biological Laboratory in Woods Hole, MA where he has been a summer investigator every year, since 1982.

In the mid-1980’s, he worked with Dr Lasek and Dr. Robert D. Allen to develop the isolated axoplasm preparation for study of fast axonal transport. This led to his discovery in 1985 of a new family of molecular motors that was found to mediate anterograde fast axonal transport, the kinesins. These discoveries were recently recognized as milestones in the study of the cytoskeleton by Nature. He has continued his studies on the molecular mechanisms of axonal transport, including a strong interest in its regulation. These studies led to the demonstration that axonal transport plays a critical role in the pathogenesis of Alzheimer’s, Parkinson’s, and Huntington’s disease as well as Amyotrophic Lateral Sclerosis.

He has also studied other aspects of the cellular and molecular biology of the axon, including specializations of the axonal cytoskeleton, myelin-axon interactions and the effects of chronic stress on neuronal function as part of an overall interest in how a neuron is built and maintained for decades. He was named a UIC Distinguished Professor in 2017 and is a fellow of the AAAS. a member of various editorial boards and the Editor in Chief of the Basic Neurochemistry textbook.