BRF’s start-up Seed Grant investment of $50,000 helped her grow her lab from having just one postdoctoral fellow and one research assistant to a team of ten. The data generated from the Seed Grant also gave her the confidence to apply for and win a string of five major grants, three from the National Institutes of Health, one from the Rainwater Charitable Foundation and another from the Chan Zuckerberg Initiative, totaling over $6 million so far.

The BRF Seed Grant was crucial in establishing us as a lab that is leading the work on neuroregeneration research. Our success has been built on that foundation.

Aimee Kao, M.D., Ph.D., was just getting her laboratory started in the Department of Neurology at the University of California, San Francisco (UCSF) when she was awarded a 2013 BRF Seed Grant. The Seed Grant helped fund an ambitious project to use induced pluripotent stem cells (iPSCs), which are adult human cells that have been genetically reprogrammed to mimic characteristics of embryonic stem cells, to study if faulty genes could be repaired to override mutations that cause an attack on neurons and brain function instead of protecting them.

“That was one of the first grants I got,” said Kao, professor and leader of the UCSF Alzheimer Disease Research Center Neurodegenerative Disease Biomarker Core. It ultimately led to a collaboration with another researcher Jonathan Lin, M.D., Ph.D., associate professor in the Department of Pathology at the University of California-San Diego School of Medicine, and a 2018 publication in Human Molecular Genetics. The paper showed that mutations in the genes encoding a molecule called protein kinase RNA-like endoplasmic reticulum kinase (PERK) changed the way the protein responds to stress, increasing neuronal vulnerability which can cause neurodegeneration.

“We go through life every day managing a variety of environmental stressors like infection or bumps to the head,” Dr. Kao said. “As life goes on, the effects of stress can accumulate as changes in our cells and bodies. You could see how the long-term ripple effects of these altered stress responses could ultimately lead to neurodegeneration by promoting cell death.”

Now, Kao’s lab has shifted from a lab that predominantly studies neurodegeneration in the simple roundworm C. elegans to one that also devotes substantial effort to utilizing iPSCs and other cell models.

The lab still uses the roundworm C. elegans studies to generate hypotheses, do rapid genetic screens, or to observe biological processes in action. Then, they translate those insights into studies on human cells. They no longer focus on PERK, but they continue to study how cellular responses to stress contribute to neurodegeneration.

Like many in the field, Kao and her team have shifted their focus away from exclusively studying how mutations in single genes like Presenilin-1 or -2 causes an autosomal dominant Alzheimer’s disease. She notes that such mutations account for a small percentage of neurodegenerative diseases. Instead, they are working to understand how “risk variants” that each confer a relatively small increased risk of disease can cumulatively alter neuronal physiology to lead to neurodegenerative diseases.

“Having one genetic risk factor doesn’t increase your likelihood of getting a disease very much,” Kao said. “But adding up these risk factors can help people come up with genetic risk scores. That could ultimately result in genetic biomarkers that help in stratifying people based on their overall risk of neurodegenerative disease.” They are also working to understand the biological changes these genetic variations cause to lay the groundwork for the development of new types of treatments.

“Ultimately, we don’t want to just stratify risk. We also want to help develop the cure,” she said. “And BRF helped solidify my lab as a key player in this search.”

Ravi Allada, M.D., Professor of Neurobiology at Northwestern University, is interested in the molecular mechanisms underlying circadian rhythms and their links to various clinical disorders, including insomnia, depression and even…

In 2002 Dr. Nicholas Hatsopoulos, Department of Organismal Biology and Anatomy at The University of Chicago, was awarded his first $25,000 seed grant. His lab set out to understand the… 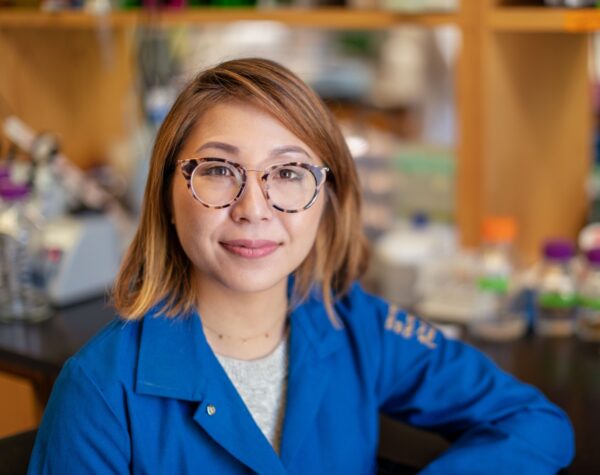